Below is an excerpt from a story that originally appeared in the May 2008 issue of Electrical Contractor magazine. Please follow link for full story. 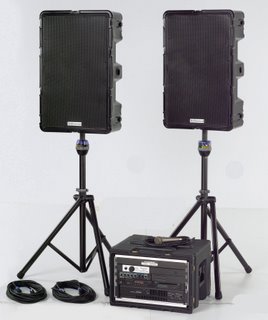 By Jennifer Leah Stong-Michas
Published: May 2008

Getting the message across not only loud but clear

Most people still equate public address systems with the loud, tinny horn systems of the past. The quality and stability of these systems has certainly improved. In campus-type environments whether they are true campuses in the educational sense or large corporate campuses loudspeakers play an integral role for mass notification, and they need to be impermeable to the surrounding weather conditions.

Contractors have been installing address systems for some time. Still, changes have occurred through the advent and acceptance of Internet protocol and the need for interoperable systems, which bring further opportunities.

Karl von Kries, president of Technomad, a Boston-based manufacturer of weatherproof loudspeakers and PA systems, said the PA aspect of a mass notification system should essentially be plug-and-play, with a user-friendly, turnkey system design allowing contractors to have the system up and running quickly.

Contractors should be able to go into a mass notification job for a community or on a multi building campus with few concerns, and those concerns are further alleviated with an interoperable end-to-end architecture from the origination point to the loudspeakers, von Kries said. IP-based systems for mass notification are gaining in popularity because of the reliability and flexibility for point to multipoint systems, where live voice or prerecorded messages are streamed to loudspeakers at multiple destination points. A contractor could use our Ethernet link kit to stream to multiple speakers in and around the perimeter of a single building and even throughout entire campuses.